Start a Wiki
Disney XD (Previously Jetix between 2004 and 2009) is an American digital cable channel and the original broadcaster of Kick Buttowski: Suburban Daredevil.

The channel started as Fox Kids and belonged to Fox Television Entertainment when it started transmitting on September 8, 1990. The network lived to be the longest running children's television block/network, alongside Nickelodeon, and managed to have high ratings throughout its run. It originally transmitted some animes, series and cartoons like Totally Spies!, The Addams Family, X-Man, Kirby, Sonic X and others. In 2002 it was sold to The Walt Disney Company and replaced by Toon Disney.

After Fox Kids had been sold to The Walt Disney Company in 2002, the channel was called Toon Disney from September 4, 2004. It transmitted some cartoons of the current Disney XD as part of the Jetix program block, like Yin Yang Yo!, Phineas and Ferb, Pucca, Kid vs. Kat, etc.; and others cartoons and animes from the old Fox Kids channel, like Sonic X, Digimon, Power Rangers, etc. In 2008, Disney decided to close down Toon Disney and merge it with the Jetix program block to form a new channel: Disney XD.

On February 13, 2009, Disney XD began transmission where it airs to this day. The channel mostly airs action-oriented children's animated television series with some live-action programming and movies aimed at male viewers age 6 to 14.

Disney XD started with some old shows like Aaron Stone and then started new series like I'm In The Band, Zeke and Luther and others. These series helped the popularity of the channel to grow. In 2010, they began airing Kick Buttowski: Suburban Daredevil. This cartoon helped the audience of the channel grow further because of the show's originality. Actually, Kick Buttowski: Suburban Daredevil is the most popular and the newest cartoon on the channel. In 2010 they also began to air Pair of Kings, a series with Hannah Montana's Mitchel Musso and The Suite Life On Deck's Doc Shaw. In 2011 they started airing Peter Punk, an Argentinean series that is also helping to increase their audience.

Rated A for Awesome

Spider-Man and His Amazing Friends

The Suite Life of Zack and Cody

The Suite Life on Deck

Disney XD has international channels around the world: 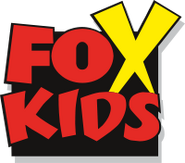 Disney XD's logo. Since 2009.
Add a photo to this gallery
Retrieved from "https://kickbuttowski.fandom.com/wiki/Disney_XD?oldid=23722"
Community content is available under CC-BY-SA unless otherwise noted.

Fandom may earn an affiliate commission on sales made from links on this page.

Fandom may earn an affiliate commission on sales made from links on this page.